There's a lovely first-person voice in this story, which has a genuine French ring to it and suggests the nineteenth century without sounding forced or stilted. The narrative rolls along gracefully with plenty of period details to keep us grounded in the setting. I have some concerns about the pacing, in terms of both action and emotion; there are areas that feel flattened out where the story seems to call for more valleys and peaks.

Part of this results from some murkiness in Severine's motives; they're mentioned in the text, but are not coming across strongly enough for me to feel a keen need for her to get those jewels. Her relationship with her husband Guillaume is an important aspect of the plot -- everything that both of them do follows from their feelings about each other. So what are those feelings, exactly? Her relationship with Guillaume hardly seems to justify the lengths she's going to in order to save his life. The longest conversation they have together ends with him accusing her of prostituting herself.

We can see from her reaction that prostitution is not the sort of act that's in her nature, so I have to wonder: what kind of man jumps to this conclusion about his wife? It makes both him and their relationship look shoddy to me, and therefore I lose some emotional investment in the outcome of her thievery. It's fine if they have a not-great relationship, but then I want to see more of what else is making the stakes high for her.


Is she afraid she'll lose her job and end up in the poorhouse with a child on the way? Does she see this as her opportunity to get out of a life of servitude? What is driving her? If the reader feels that her goals are truly urgent, we'll care more about what happens as she tries to steal the jewels. Then there's a long section in the middle, between her return home after stealing the jewels and the scene when she finally retrieves them, where not a lot happens. The story works in some clues that will pay off later, but it works them in between slow-paced descriptions of not terribly interesting events.

I would suggest this needs some restructuring. My first impulse is to suggest it could be trimmed and shortened, but I think I'm having that reaction only because the middle section as it currently stands is deflating the story's energy. It could actually be made even longer, and still build up more energy. For instance, instead of having a few loosely-knit scenes, what if we were to see Severine flitting from one activity and setting to the next, full of nervous energy?

That would be one way to let the structure of the story reflect more of her frame of mind, because I would say the most vital key to this midsection is to bring in more tension around the jewels. Between her original theft and the recovery of the bag, more than a day goes by when she hardly seems to think about them.

If she's stolen from her employer and left the loot just outside the house, I would imagine her mind would be constantly spinning around what was happening to that loot: is someone discovering it? Will she be caught? Without that fear and anticipation preying on her mind, a lot of the tension leaks out of the story, to the point where as a reader I almost lose track of what's happened and the fact that she needs to go get them.

Restructuring the middle section into a series of short, quick scenes is one way you could ramp up the stakes, heighten the tension, give our protagonist more to do, and take us on a more dynamic emotional ride. At the center of this story is a mystery, which builds through clues and suggestions until the truth is finally revealed.

The big revelation, when it comes, feels anticlimactic to me. It doesn't need to; the premise is interesting and delightfully gruesome. 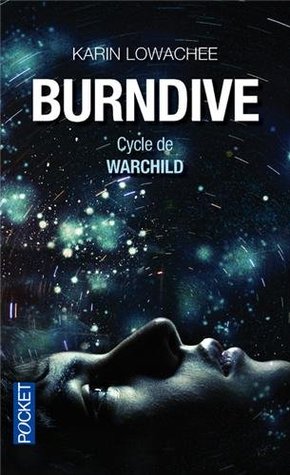 But it's such an odd and unlikely conspiracy that when it's introduced it feels somehow incomplete, and then the narrative skates past it so quickly that I'm not really sure I've understood what I've just seen. What's needed here is more detail that will sharpen their plan into focus. Why do they believe as they do? Through what logic -- poetic or scientific or mystical -- have they arrived at the conclusion that's spurred them into murder and cannibalism?

The only explanation we get is a quote from a book by Marcel Batilliat: "Smothering serous phlegm like semi-fluid opals encasing minuscule coral twigs. But what it does very nicely is to establish that these characters are living in an era when the notion that phlegm might be a source of mystical power does have some connection to other ideas in the zeitgeist.

I think you're on the right track here and I would like to see more of that, more worldbuilding to fill in our picture of a time and place in which this cannibalistic ritual could be more plausible, and therefore more horrifying. Because the idea of becoming immortal by eating consumptives may be utter barking madness, but I still want to understand more of the method in that madness. For all I know, their methods might actually work within this story -- after all, these women have been eating disease-causing bacteria and they seem healthy enough.

Either way, the fact that they believe it works is not what interests me; what I want to know is why?

What about this theory makes sense to them, within a medical framework they understand? Creatively weird medical theories are fascinating, and there have been so many of them over the millennia! Ancient Greeks and Romans, for example, had some theories about humors of the body affecting temperament, which I've always loved because the humoralist way of looking at biology is both wacky and internally consistent.

The theory is resonant and memorable because there are ways in which it rings absolutely true to me. Doesn't matter for non-medical purposes if I believe it's real or not; what matters is that I can apply it to life and find appealing, meaningful ways that it speaks to reality. I am not usually eager to read more about mucus per se, but in "Zeitgeist" I would absolutely love to hear some earnest pseudoscience about it. The fact that this story can bring me to the point of saying so is definitely proof that it's doing something right.

I enjoyed reading this; good luck with it. This chapter provides a great opportunity to explore what a novel chapter should accomplish. Here, a group of fighters, called PWAT, confronts two ghuls.

The chapter does a good job of showing us an interesting world in action. This is a world of ghuls, shapeshifters, cool technology, and lurking mysteries. Even though I haven't read the earlier chapters and I apologize for any incorrect assumptions that leads me to make , I'm drawn into the world and want to learn more about it. An outsider character, Les, is brought into this secret community, which allows other characters to explain things to Les, and at the same time to explain them to the reader. This use of an outsider is a common and effective technique in fantasy and science fiction.

It allows the reader to simultaneously learn about the world and bond with the character. The chapter also builds the characters and shows us their evolving relationships. All of this is what the chapter should be doing, and it works quite well. In addition, the chapter does a nice job of describing what the viewpoint character is observing on different screens, which is a tough thing to accomplish.

I do feel a key quality is missing from this chapter, though. As far as I can tell, it isn't moving the story ahead in a significant way.

click here The characters have a confrontation with the guhls and defeat them. But I sense there are plenty more guhls out there, and this is just one of many confrontations and hasn't really changed anything. That means the chapter hasn't moved the story ahead. Something of significance needs to change between the beginning of a scene and the end of a scene, and between the beginning of a chapter and the end of a chapter.

I sense that Les has gained a couple clues that Amalie is more than he thinks, and Sae is injured, but I don't think Les has had any realization about Amalie, and I think Sae will recover pretty easily, so this confrontation doesn't seem to change anything of significance. This lack of a change of significance is a problem many developing writers have in early novel chapters. They are getting to know the people and the situation, and the plot hasn't really kicked in yet.

But the plot should kick in from Scene 1. One way to approach this change of significance is to think about what is at stake. The guhls seem to be staking out a house, and the PWAT team is watching both the guhls and the house. The guhls want something in the house. What is it? Perhaps this was established in a previous chapter. But whatever it is, it doesn't seem important to the PWAT team. I don't sense that any of them want it or worry about losing it. They seem to be joking around with each other and focused mainly on the guhls, not the item.

Will the world end if the guhls get the item?


Will the PWAT team be able to kill the guhls if they get the item? The item seems not to matter to the good guys, which means it doesn't matter to me.

I think, perhaps, they discover the location of the item during the fight, but this isn't clear to me, and no one seems to care. Thus, all that happens in the scene is that they trick two guhls into entering the house and then kill them. There is no major change or consequence from this minor skirmish. Apparently they fought guhls in an earlier chapter, so this action seems to be repetitive rather than evolving.

If they achieve their goal, or fail, something of significance may change. 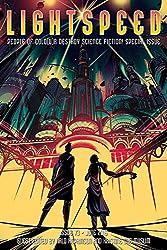 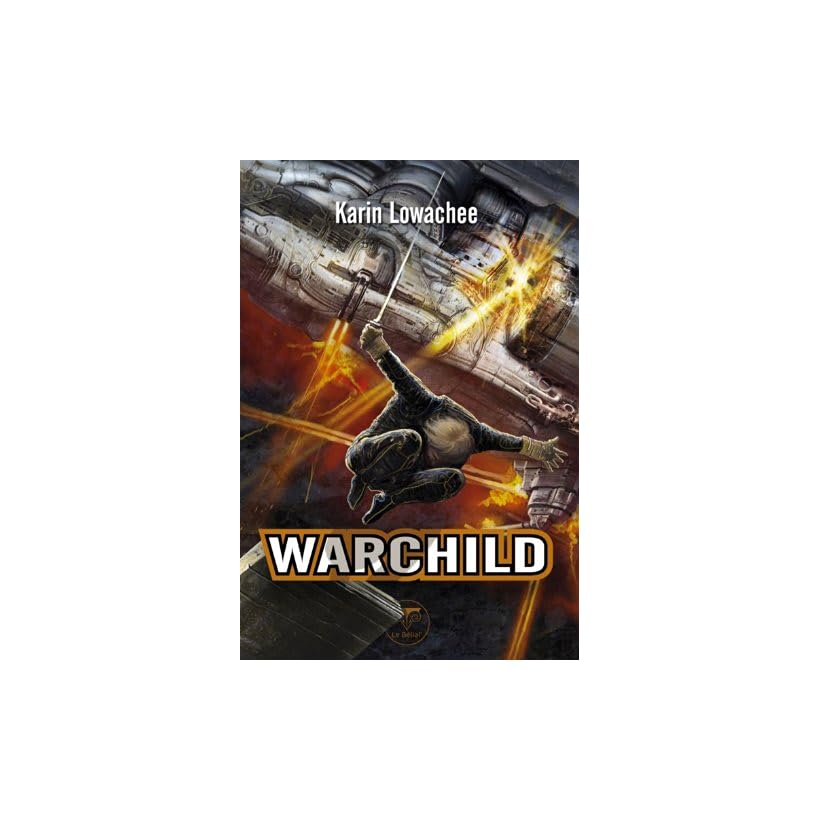 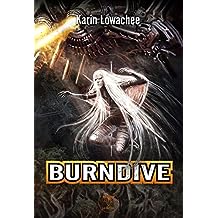 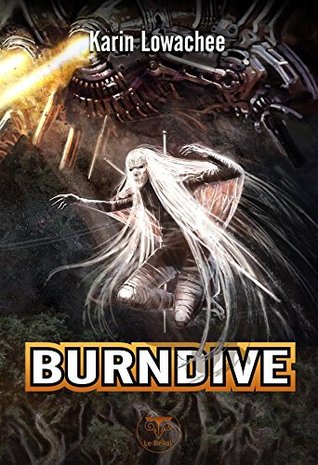 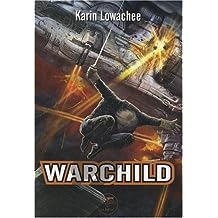 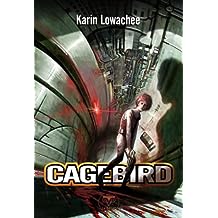 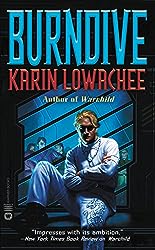